Black Swan Blues, inspired by the ballet “Swan Lake,” is a new blues-infused musical that explores racism and white privilege in 1963 when the winds of change were beginning to blow through the South.

Set in New Orleans in the world of voodoo, love between Shep Chandler, a rich, idealistic journalist and Ori Fontaine, a strong-willed blues singer is challenged when secrets from their tangled pasts involving race, murder and the Ku Klux Klan are revealed

The musical begins at the funeral for Grayson Chandler, a rich scion of the community. Attending are his son, Shep, family and friends. A Christian hymn is followed by a two-stepping traditional Dixieland band. Papa Legba and voodoo spirits appear. Legba has the power to make Grayson a star in the heavens or condemn him to the underworld. Legba sends Grayson’s soul below.

Weeks later Shep’s racist mother Olympia insists Shep take over the family cement business. He refuses, committed to his job as a journalist, writing about racial discrimination, including the recent Birmingham church bombing. Shep longs for his writing to be recognized. Olympia has planned a 25th birthday party for him without his knowledge. He threatens not to attend. His friends J.P and Tate arrive to distract him and suggest a night at The Black Swan. a blues club in the French Quarter. Legba appears and uses voodoo to assist Shep in his decision to go.

That night at The Black Swan Shep meets Ori, the one white member of The Swans, an all-girl singing group, all of whom were adopted by Velvet Ribideaux, a Creole voodoo priestess and the larger- than-life impresario of the club. As part of the show, Velvet casts a voodoo spell that turns the patrons into voodoo spirits. After the show, Rudy, an off-duty policeman moonlighting as the club’s bartender, tries to steer Ori from Shep. Shep accuses Rudy of running a protection racket.

Later Shep and Ori meet at the levee. Ori points to two stars, claiming they are her deceased parents, Lee Ann and Jack Fontaine. Shep hopes his father is a star in the sky as well. Ori and Shep fall in love. Days later Shep and Ori meet again at the levee. He shows her a letter from The New York Times to come to New York for an interview. He plans to leave after his birthday party, to which he invites Ori. They end up in Ori’s room for a night of lovemaking. They plan to run away after the party.

The next day one of the Swans finds an old wedding photo of Ori’s father, Jack Fontaine, a white man and Velvet. Caught off guard, Velvet confesses she is Ori’s real mother. Ori is livid that Velvet lied to her, concocting Lee Ann as her mother. Velvet claims she did it so Ori could pass as white and have a better life. Ori wants to tell the world, including Shep, that she’s half-black. Velvet warns that Shep’s family is racist and he would never accept her. Ori is determined to go to the party and find out Shep’s true feelings. Velvet decides to go as Ori’s chaperone to use her voodoo powers to keep the lovers apart.

At the party Legba warns Velvet to use voodoo only for love. Velvet ignores his warning and casts a spell on Ori, turning her from being polite and demure to crass and insulting. When she divulges their secret about running away, Shep ends the party. Hurt and confused, he vows to forget Ori and go to New York on his own.

At the club, Velvet brags to Rudy about breaking up the lovers. Ori, in her room upstairs, is sleeping off the effects of the spell when Legba and his voodoo spirits visit her and tell her subconsciously to follow her love. She wakes and climbs out of the window to go to Shep.

Outside Shep’s house, Ori tries to make up with him, but he is still upset about the party. Ori tells him Velvet’s her real mother. He doesn’t believe her. She accuses him of being bigoted and runs off.

Later at the club, Velvet, drunk, falls asleep on the bar, and has a nightmare in which Legba insists she tell Ori about the spell. A Mardi Gras celebration follows, and Olympia and Shep appear as royalty, with Grayson as a Grand Dragon in the KKK. Grayson puts the robe and hood on Shep, who is happily inducted into the KKK. Ori flies in as a dying black swan and chastises Velvet for ruining her love with Shep. Jack Fontaine appears, urging Velvet to tell Ori about the spell. Velvet finally agrees. When Velvet wakes, she recounts her nightmare to Rudy, who admits Grayson was indeed a Grand Dragon in the Klan and that he financed the recent Birmingham church bombing.

The next morning at The Black Swan and Chandler mansion Velvet and Olympia, respectively, read Shep’s latest newspaper article about corruption in the Quarter, implicating the police chief and The Black Swan. Neither Velvet nor Olympia is happy. Fearing police reprisals against Shep, Olympia agrees he should go to New York. When Velvet goes to confront Ori about the article, she discovers she is gone. Velvet and the Swans decide to start their search by questioning Shep.

They barge into the Chandler mansion. Shep admits Ori was there, but doesn’t know where she is now. Raging, Olympia is ready to call the police, but stops when Velvet accuses Grayson of the murder of Jack Fontaine by his thugs 18 years before. Velvet recounts how both she and Jack worked at Chandler Cement, and Grayson hated Jack because Velvet gave birth to his mixed-race child, Ori. Shep doesn’t want to believe it. Velvet insists Olympia knows about the murder. When Velvet discloses Grayson’s role in the Birmingham church bombing, Olympia doesn’t deny it. Shep now believes Velvet and wants to make up for all the sins of his father. He starts by agreeing to help Velvet find Ori.

They search for Ori. Shep finds her at the levee and begs forgiveness. He knows she is colored and professes his love. They reconcile. Velvet finds them and is overjoyed. She admits to the spell and apologizes, blessing their union. Just as they are ready to go home, a policeman arrives, looking for Shep to come down to the police station. Shep refuses. When the cop calls Velvet a “nigger woman,” there is a scuffle. Believing Velvet is about to assault him, he fires his weapon. Velvet dies in Ori’s arms. Legba appears, creating a new star in the sky. At last Velvet is united with Jack. Shep and Ori vow to keep fighting for justice and racial equality. The company joins them in solidarity. 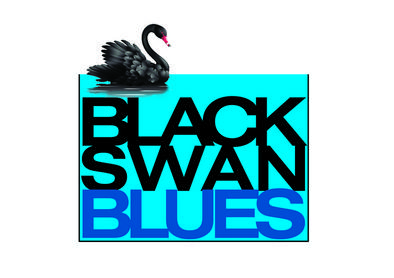