The Flowing (Jazzheads - 2008) is a stunning solo piano recording of very unique and stunning improvisations. Randy Klein's ability to create musical pieces ‘in the moment’, allow the listener to feel free and be inspired.

Invitation In (Jazzheads - 2004) is a beautiful and intimate musical experience. 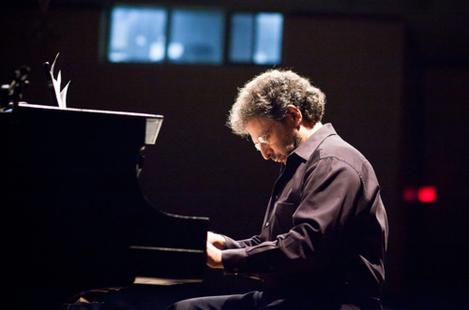 • Two Duos performs exciting original music composed by award winning pianist/composer Randy Klein that intrigues and holds audiences.
• Two Duos is performed with Randy Klein on piano playing duets with either: Alex Skolnick on guitar, Chris Washburne on trombone, Ole Mathisen on saxophone, Oleg Kireyev on saxophone, Boris Kozlov on electric bass guitar or Nik Munson on vocal.
• Two Duos can also be performed with any stellar improvising musician from near where the concert is located, making for a more affordable concert experience when limitation of budgets are concerned.
• The music is beautiful and touches the soul.
• If you have to label it, it is best described as a musical improvisational performance that falls between Chamber Music and Jazz.
• Jazz and contemporary classical audiences alike appreciate the depth of the performances.
• The music takes you on a personal listening journey.
• The press reviews keep giving high praise to ‘Two Duos’ first recording titled 'Sunday Morning', and they continue to point to the ‘level of connection’ between the players' and the amazing musicianship.
• Audiences feel this project. They are amazed by the music they hear, and they love that the musical composition and the improvisation are so invisibly entwined.

In describing duo performance, Randy Klein said, “Both players are always totally exposed. The accompanist has to lay down the harmony, rhythm, fill in the spaces and be ready to solo. When the accompanist turns soloist, the solo instrument becomes the orchestra (one instrument orchestra) playing the inner voices, adding color, rhythm and nuance to back the piano solo.” He added, “Another observation is that when I am playing, I don’t feel like the composer of the music. I am simply interpreting it as any improvising musician would, being in the moment.”

Randy Klein, pianist, is a master improviser. He performs solo concerts as well as performing with his 'Two Duos' project which features some of the best improvising musicians on the scene today. All of his performances are highly artistic, engaging and audience pleasing. His music is beautiful, captivating and evocative. Randy Klein is an award winning composer and improvising pianist with worldwide recognition, a recipient of two Gold Records, four EMMY Awards and the Simons Public Fellowship for the Humanities. 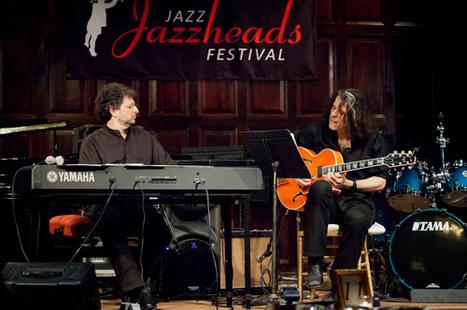